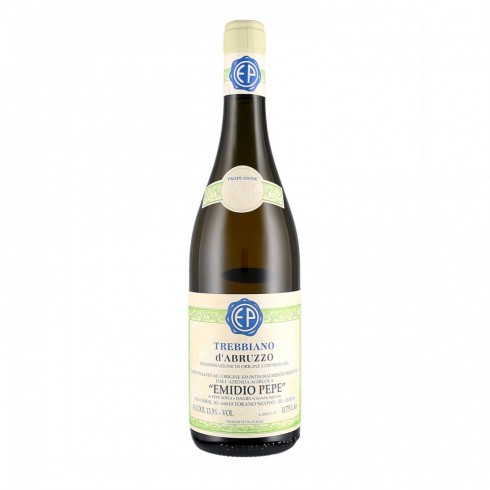 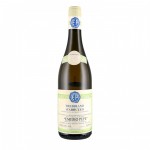 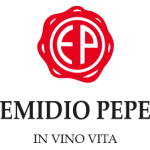 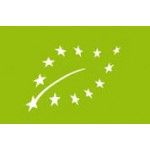 €38.00
Trebbiano d'Abruzzo D.O.C. from the famous wine producer Emidio Pepe in Abruzzo. A winemaker that has played a leading role in the development of natural biological wines. This straw yellow white wine - made 100% from a unique clone of the Trebbiano d’Abruzzo grape, an ancient and indigenous grape variety from Abruzzo. The wine has a beautiful acidity which together with the aromatic balance make it a fine wine with complexity at the same time. It has an elegant and austere expression when young with a great minerality, as it is truly age worthy and able to evolve with time, after few years it gains complexity, volume and profoundness.
273-160
White Wine Italiani

Emidio Pepe founded his winery in 1964, after working alongside his father and his grandfather which already back in 1889 where making wine at Casa Pepe. Before anyone else, he strongly believed in the great ageing potential of Trebbiano and Montepulciano d’Abruzzo and he dedicated all his energies to those two indigenous grape varietals, proving their incredible potential and showing it to the entire world.

The Trebbiano d'Abruzzo owes its success to its good adaptability to different microclimates in  the hills in Abruzzo which at almost 600 meters above sea level represent the ideal place for Trebbiano grapes and, together with other characteristics such as the quality of the clayey soils, have allowed the "DOC" denomination since the 1960s with an increasingly steady rise in terms of acknowledgments.