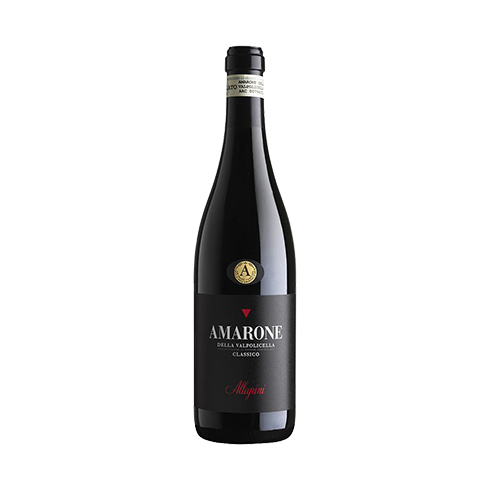 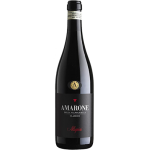 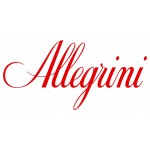 €66.80
Amarone della Valpolicella Classico from renowned historical Valpolicella winery Allegrini. A winery that has played a leading role in the development of Valpolicella wines. This dark ruby red wine embraces tradition, territory and the know-how of country ways. It has an imposing structure and depth, as much in its aromas of mature fruit and spices, as on the palate with its refined tannins.
Last items in stock
104-010
Red Wine Italiani

The vines for the Amarone della Valpolicella Classico red wine grow in Allegrini’s vineyards outside Fumane in the Northern part of the Valpolicella region in a hilly area at an altitude of 450-520 m. where the climate is generally mild and temperate.

The best grapes were hand-picked, carefully sorted and placed in small cases and left to dry naturally for 3-4 months in the drying facility where the grapes lose 40-45% of their original weight. Following de-stemming and a soft-pressing in early January, the grapes were fermented in temperature controlled stainless steel tanks for 25 days with daily periodic pumping over. The grape types were fermented separately then aged for 18 months in oak barrels, then blended together and aged in oak barrels for another 7 months, before bottle ageing for 14 months.