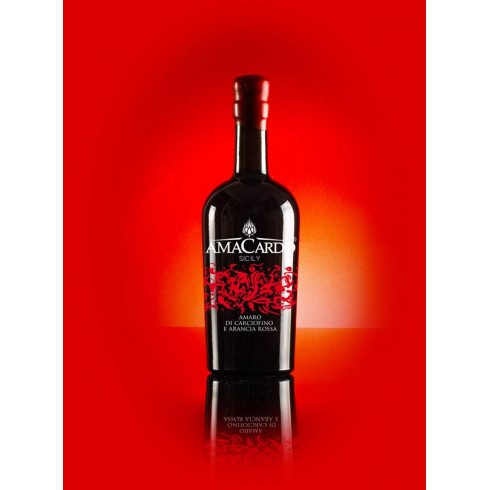 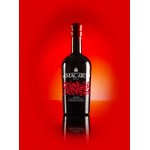 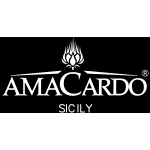 €16.00
The Amaro di Arancia e Carciofino Selvatico Dell’Etna from Amacardo Sicily is an amber bitter-sweet Sicilian natural Amaro made from wild artichokes and red orange peel harvested on the eastern slopes of the Etna volcano. An amaro that will surprise with its flavoursome sweetness. The liqueur with intense emotions of Sicily itself.
244-020
Liquors Amari

The Amaro di Arancia e Carciofino Selvatico Dell’Etna from Amacardo Sicily is produced in Santa Venerina on the eastcoast of Sicily at the foot of Mount Etna in Sicily’s oldest distillery.

The wild artichoke or “cardoon” (Cynara Cardunculus Sylvestris) also referred to as the “artichoke of Etna” grows on its own in hilly areas in the volcanic soil. It is recognized for its extraordinary health virtues being rich in antioxidants, substances to keep the intestinal flora in equilibrium and is naturally purifying. For over half of the last century and appreciated since ancient times, the wild artichoke continues to be a presence on the tables of southern Italians, and to this day, it is considered a delicacy in Mediterranean cuisine.

The red orange peel comes from top quality red oranges grown in the groves on the slopes of the volcano.

Following the harvest the aromas were extracted naturally from the plants and the orange peel and blended with the other ingredients to make the final herb liqueur, having a beautiful taste that will surprise positively.