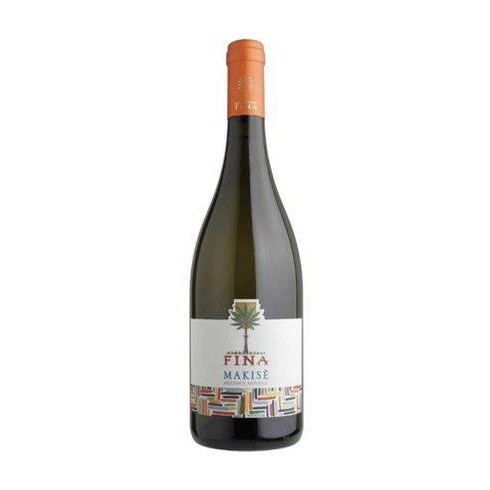 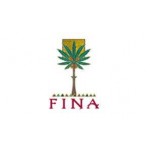 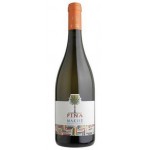 €8.40
The Makisè - Frizzante Naturale from the renowned Sicilian wine producer Cantine Fina is a straw yellow sparkling wine made solely from Grillo grapes grown in vineyards at an altitude of 150-450 m in western Sicily. It is a beautiful young and fresh wine made by the Charmat method. Its bouquet offers a clear and fragrant bouquet with notes of white flowers. The taste pleasant and savory with notes of peach and citrus fruits.
024-070
White Wine Siciliani

Cantine Fina is a small winery owned by the Fina Family located between Marsala and Trapani in west Sicily. Their wines express the uniqueness of this Sicilian area. The winery follows a tradition of winemaking that started thousands of years ago when the Greek and Phoenician settlements on the Sicilian west coast started the cultivation of grapes.

The grillo grapes were harvested around the middle of August, softly pressed and the must vinified in stainless steel tanks at low temperature. The second fermentation followed in an autoclave at a temperature of 15 °C for 2 months.

Region
Sicilia
Classification
Terre Siciliane I.G.P.
Wine style
Dry sparkling wine - Metodo Charmat.
Grapes
Grillo
Vintage
2020
Maturation
In autoclave in the fine lees for 2 months.
Bouquet
A clear and fragrant bouquet with notes of white flowers and fruit combined with vegetable hints typical of the grape.
Taste
Pleasant and savory with notes of peach and citrus fruits. The sip is fragrant, fresh and vegetal.
Pairs with
Serve fresh as an aperitif or with light and tasty dishes. It is ideal with grilled fish, molluscs and crustaceans. Serve at 8-10 °C.
Alcohol
12% vol.
Volume
0,75 l
Producer
Cantine Fina