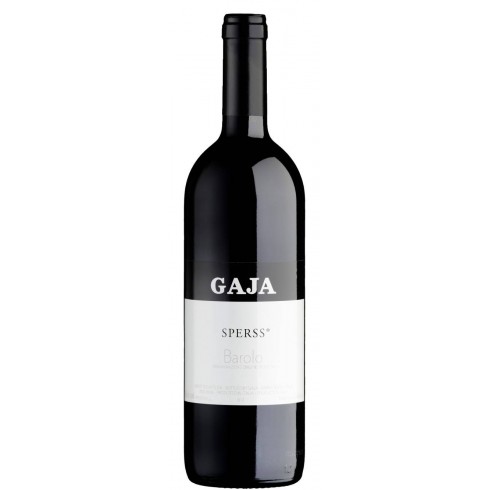 Sperss Barolo from the famous king of Piemonte wines Angelo Gaja. A wine producer that is known all over the world for his red wines, that all have a great structure, complexity and the unique Gaja style elegance. This is the top Barolo from this winery - a wine with a stringent Nebbiolo character typical for Serralunga barolos: strong, masculine structure and a lot of ripe tannins.

The Nebbiolo and Barbera vines for the Sperss Barolo grow in Gaja’s Sperss vineyard located in the Marenca-Rivette area in the commune of Serralunga in the Barolo production zone. The Summer of 2014 was one of the coldest and rainiest ever recorded, however, a long autumn without rain or hail and late harvest allowed the grapes to ripe beautifully.

The grapes were carefully hand-picked, sorted, and destemmed. Then fermented and macerated separately in steel vats for three weeks. At the end of the malolactic fermentation, the wines were assembled and then decanted into barriques where it aged for a period of 12 months. The wine underwent a further period of ageing in large oak barrels for 18 months.