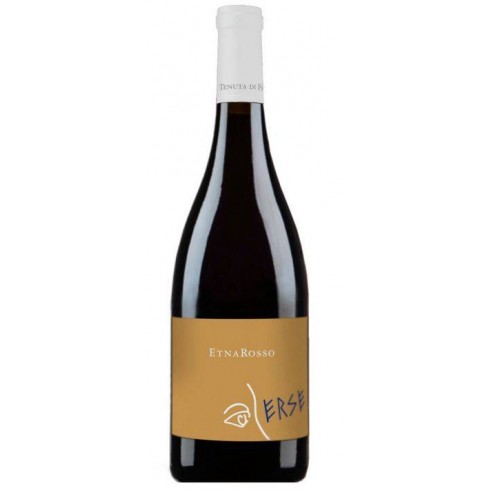 The Erse Etna Rosso from ambitious winery Tenuta di Fessina – is another great wine from this top producer. A wine made from selected grapes from almost 70 years old vines grown on the northern slopes of Mount Etna. A round and spicy ruby red wine with soft and austere tannins and packed with ripe fruit.

The Erse red wine is made from a blend of typical Etna grapes, but mainly Nerello Mascalese in vineyards, which soil is fine and deep, composed mainly of pumice, fine unstructured clays and ancient powders from the lava, the vines are almost 70 years old and grow at an altitude of 700 m. outside of Rovitello near Castiglione di Sicilia.

The grapes were manually harvested, carefully sorted followed by a soft destemming-crushing. The fermentation and maceration on the skins for 6-9 days at controlled temperature in stainless steel tanks followed by ageing for at least 12 months in the bottles.