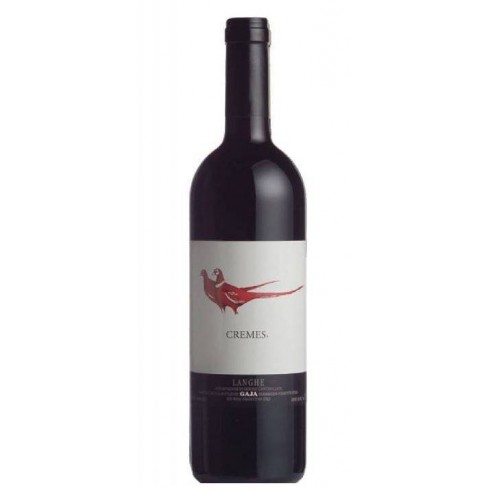 Cremes from the famous king of Piemonte wines Angelo Gaja. A producer that is known all over the world for his wines, that all have a great structure, complexity and the unique Gaja style elegance. This deep ruby red full body wine is a blend of the local Dolcetto grape and Pinot Noir resulting in a balanced, elegant and pleasant wine.

The Dolcetto and Pinot Noir vines for the Cremes red wine grow in Gaja’s vineyards situated in the Langa region in Piedmont. The grapes were carefully hand-picked, sorted, and destemmed. The grapes were fermented and macerated separately in steel vats at controlled temperature. At the end of malolactic fermentation, the wines were assembled and matured for 6 months in large oak barrels.