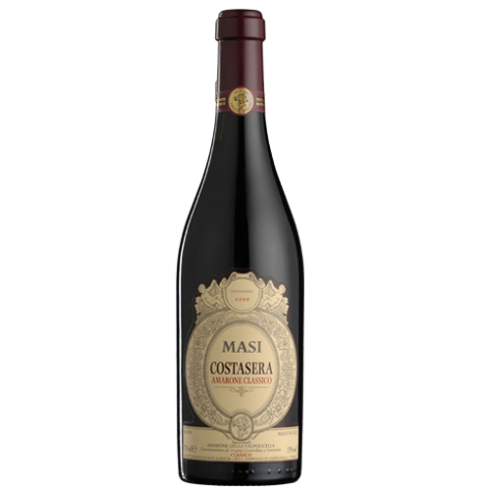 Costasera from the famous Masi House in Veneto. Proud, majestic, complex and exuberant. A benchmark for the Amarone category. A concentrated ruby red wine, with aromas of plums and baked cherries. A powerful, yet majestic and elegant wine with a long ﬁnish. A very versatile wine that is a great meditation wine.

The Masi story began in 1772, when the Boscaini family acquired prestigious vineyards in the small valley called “Vaio dei Masi”. After more than 200 years of passionate winemaking the company is still in family hands, run by the sixth and seventh generations. A benchmark in the art of producing Amarone at a world class level. Costasera is the product of Masi's unrivalled expertise in the appassimento technique, whereby traditional grapes for the Valpolicella Classico area - Corvina, Rondinella and Molinara - are laid out on bamboo racks to concentrate their aromas during the winter months forming the basis for an aristocratic wine.

The vineyards where the vines for Costasera grow are on slopes which face the sunset, and are among the best ones in Valpolicella Classico for producing a high-quality Amarone. The days are longer, the vines, which overlook Lake Garda, benefit from the reflection of its light and its milder climate.

Grapes suitable for drying must be perfectly healthy, on bunches that are not too tightly packed. After picking, they are laid out on bamboo racks in special drying rooms (fruttai) for more than 100 days, during which they lose 30-40% of their weight. The dried grapes are usually pressed between the end of January and the beginning of February. In the case of Amarone, the maceration and fermentation processes continue for 45-50 days, and the wine produced is left to age for at least three years in wood-barrels before bottling. 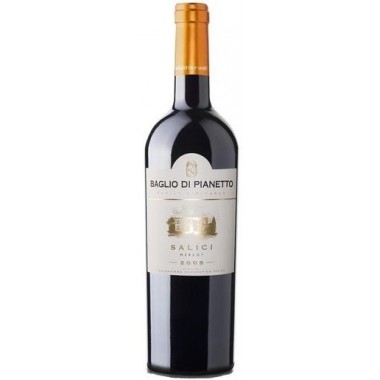 Salici from the ambitious and innovative Sicilian producer Baglio di Pianetto. An elegant mature high altitude Merlot wine from the mountains south of Palermo. A great international grape adapted to the Sicilian mountains.